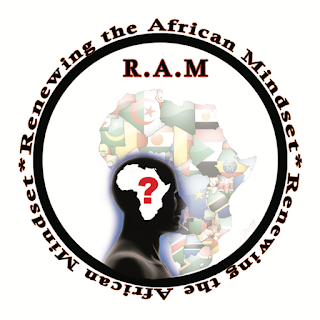 Adoption within the African community is not new. People have adopted this practice for centuries in the form of taking care of a relative, assisting a Sister, Brother, Cousin, etc. However, Africans never gave it a label as the 'Adoptee' is seen as a member of the family and no one would have known any different if the 'Adopter' or Adoptive Parent(s) never mentioned the relationship to anyone. However, it is the Western World that has labelled such arrangement as 'Adoption'. The reason is because in the Western World, proper records are kept and so in case of any medical condition in future, the appropriate treatment would be given. More importantly, should the Adopted child wish to trace his or her birth parents, it will be very easy to do so.

With Africans, it is a totally different perception because the mind has been conditioned that an African Woman must and should be able to have biological children. When there is delayed parenthood, the in-laws begin to put pressure on the couple and for the weak-minded, they can do the unthinkable. Some lose their confidence, whilst others fall into depression - more so when the husband decides to have children out of wedlock or marries another wife. The saddest aspect is that in some parts of the African continent, there is a growing trend of 'Baby Factories' - where 16 - 18 year old girls or even younger, are impregnated by men in their 30s - just for women rich enough to buy the babies and present to unsuspecting family members, and unknown to their husbands, that they have been delivered of a baby in a far away 'hospital'. For those brave enough to lie about the 'bought' babies, they live with the lie for a very long time until a medical situation occurs which necessitates blood transfusion or when the family decides to migrate from Africa and DNA is required. The pressure on the woman is even greater when religious organisations in particular, the churches begin to preach - "there shall nothing cast their young, nor be barren, in thy land: the number of thy days I will fulfil" (Exodus 23:26).

Some women are made to feel that they lack enough faith to believe that God will answer their prayers. They therefore, refuse to adopt and decide to 'wait upon the Lord' for several decades or for ever without having their biological children. People should be reminded that the 'barrenness' being referred to could also mean financial or marital lack and other forms of activities one ought to achieve.

It would help if Clerics, as part of their 'Corporate Social Responsibility', lead by example by adopting children (particularly preachers who have delayed parenthood) and preach about the unconditional love of caring for another human being. To treat the adopted child/children as their own flesh and blood - and not as domestic servants. Surely, then, the world would be a better place for all. Those in the public eye perceived as role models and who were adopted, could, as part of their 'Individual Social Responsibility' help change mindsets, by making public declaration of their own adoption. Several thousands, if not millions of babies' lives have been robbed of better future due to the fact that they were abandoned and not adopted.

It has to be noted that some Orphanages and Foundations which take care of children, have been established by several people who can afford to do so. The mindsets seem to be changing about adoption. It is a gradual process for people to embrace adoption. Recognised adoption agencies need to publicise adoption and provide the necessary support to those willing to adopt. There is a misconception that adoption is only for people who have no children. People who already have biological children can also adopt, including lone parents. What is paramount is the AGAPE LOVE (Greco-Christian terminology which means the love that 'embraces a universal, unconditional love that transcends and persists regardless of circumstance. for another human being'). In this season of good tidings, if convenient for you, be part of this humanitarian belief system. You do not have to be a global philanthropist before you make your own contribution to the enrichment of the human race.


Posted by Renewing the African Mindset at 04:50 No comments: